Though many people speak of God, many don’t really know who He is or what He is truly like. Some people think of Him as the old man upstairs that exists, but is never really around. Others see Him as a judgmental tyrant, and still others view Him as the grandpa who only wants to spoil them. There are even those who would say God is whoever you think He is. However, all such perspectives miss the vital truth of this amazing being. God is very loving, but He is also extremely just. He is present everywhere and is very near to every one of us. He created everything, He knows everything, and He is in authority over everything. Though God is one in essence, He is composed of three persons: God the Father, God the Son (Jesus Christ), and God the Holy Spirit. Nevertheless, for the sake of simplicity, this article will refer to these persons as the three parts which form the one God that Christians worship and obediently serve.

How is Christianity Different?

Due to the lack of knowledge of the various religions in the world, some people have been confused to think that all religions are basically the same. This idea largely arises because many religions use similar words to describe their beliefs. For instance, many religions use words such as god, heaven, hell, spirit, and savior. Nevertheless, the meaning of these words can be so drastically different between various religions that even though common words are used, their meanings refer to totally different concepts. Ultimately, what defines each religion as different from another is the truth at its core. Each religion is fundamentally different at its core. For instance, the core belief of monastic Buddhism is that nothing is real, including God. Everything is merely a figment of imagination and the ultimate goal in life is to enter into nirvana or have one’s essence evaporate into empty nothingness. On the other hand, several forms of Hinduism believe that the universe actually exists as an essence they call Brahmin. In their mind, the ultimate goal is to enter into Moksha (Mukti) or to have their individuality absorbed into Brahmin after accumulating enough good credit (karma) over the course of millions of reincarnated life times. Unlike Hindus, Muslims don’t believe in reincarnation at all. They believe that the goal in their one life is to receive a reward from their distant god, named Allah by adhering to the five pillars, a set of practices and customs that they are mandated to follow. Christianity is quite different from all of these because Christians believe in a personal God who is near to them and is leading and empowering them to become one with Him in His thoughts, desires, and actions.

Christianity is defined by its central truth which is the God-Man Christ Jesus. All of Christianity centers around who Jesus is, what He has done, what He is doing, and what He will do. Though volumes have been written about Christianity, once someone understands Jesus, all the details fit neatly into their places.

Who is Jesus Christ?

Before the universe was created there were three parts of God. About 2,000 years ago, one of these parts became a man (John 1:1, 14). This man is known as Jesus Christ. Jesus was born of a woman, much like all of us, but there was one fundamental difference: no one had sex with His mother, not even God. Jesus’ mother Mary, was a virgin when she gave birth to Him. She got pregnant when God entered her and conceived Himself in her womb (Luke 1:34-35). Jesus grew up like the rest of us from infancy to adulthood. He experienced all the pain and sufferings of life that we face. For about 33 years Jesus lived as a Jew in the nation of Israel and He fulfilled many prophecies written thousands of years before. All the time Jesus was on earth He never did anything that displeased the other parts of God (2 Corinthian 5:21) and He was a light that illuminated the character and nature of God to everyone (Hebrews 1:1-3).

What did Jesus do?

Most of Jesus’ earthly life was spent doing what we all do: growing up, going to school, and working. When He reached about 30 years of age, He began traveling around, speaking about the kingdom He was going to establish. This kingdom was not a physical kingdom, but one which would establish its rule in the hearts of men. While He was teaching, many people followed Him and several of these followers recorded what He said and did. These records have become much of the New Testament in the Christian Bible. Jesus did not merely travel around talking about His new kingdom, He also made it a reality. He did this by creating a new way for people to overcome sin and be reconciled to God. Everyone starts out corrupted by sin and this corruption makes it impossible for people to have fellowship with God (Romans 3:23-24). The only way for the corruption of sin and our separation from God to be broken is to end our sinful life and receive a new life. When Jesus came to the earth He allowed Himself to be killed and then rose back to life 3 days later. By becoming spiritually united to Jesus we can share in His death and resurrection while we still live in this world. In this way, our old sinful life can functionally end and we can receive a new life that is able to have close fellowship with God (Romans 6:1-7). This fellowship is a relationship where the part of God called the Holy Spirit becomes housed within us and functions as the king over our thoughts and actions. He becomes so near that our awareness of how He wants us to think and what He would like us to do continually increases. By following His leading we become subjects of God’s kingdom (Romans 8:13-14) and find unity of purpose with all His other wholehearted subjects. The key to becoming united to Jesus and entering into His kingdom is trusting Him. Trusting God is not only believing what He says, but it is also living our lives based on what He has said (James 2:14-26). We can discover what God has said, by reading the record of it as it is written in the Christian Bible. The Bible can help us to discern God’s voice as we daily walk with Him. In addition to the Bible, God has also provided us with individuals within local groups of Christians to train and teach us to follow Him (Ephesian 4:11-13). By utilizing these resources we can learn to hear and trust His voice and become partakers of God’s life, sharing in His mind and actions.

What is Jesus doing?

After Jesus rose from the dead, He walked on the earth and taught people for 40 days before He ascended up into heaven. Currently, Jesus resides in the presence of another part of God called the Father. In this place, He continually sits, speaking to the Father on behalf of those who have become united to Him. As a result, Christians have someone to speak on their behalf when evil spiritual beings accuse them of things before the Father (1 John 2:1). Our ability to remain in fellowship with God is directly connected to Jesus’ continual work of intercession (Hebrews 7:23-25).

What will Jesus do?

There is coming a day when Jesus will return and after reigning on earth for 1,000 years will judge both those who have died and those who are still living. He will examine their lives and judge them based upon how they lived (Revelation 20:12). Only those who have lived their life united with the perfect life of Jesus Christ will be found satisfactory.  Those who have lived by what seemed right in their own eyes will be found corrupt. Those who are corrupt will be forever cast out into the lake of fire, completely shut out from any goodness coming from the presence of God. Nevertheless, those whose lives demonstrated that they were united to Jesus will inhabit a new earth which God will create. This new earth will not be corrupt like the current earth: there will be no death, crying, nor pain. God will dwell with His people openly and in His presence, they will be filled with joy forever.

Many people make Christianity into a set of rituals or some kind of ticket into heaven, but at its essence, it is a vital relationship with God. Those who claim to be Christians, but are not being conformed to God’s character and ways of thinking, are deceived. Unfortunately, there are countless people like this. Some of these people go to churches on Sunday and talk about God, but their lives are marred by drunkenness, pornography, love of violence, outbursts of anger, and sex outside of marriage. Such things are not in keeping with God’s character and those who practice these things cannot walk with God (Galatians 5:19-21). All too often, people believe a lie that if they say some kind of special prayer they will be allowed into heaven. Nevertheless, the Christian Bible teaches that each person will be judged based upon what they do in life and not on a prayer (Romans 2:6-10, 2 Corinthians 5:10). God is looking for those whose lives demonstrate that they trust Him and He will reward such people with eternal life. Those who say they believe and live their life contrary to their words, God will rightly identify as hypocrites. On the day of judgment, He will reward them for their evil works by having them thrown into the lake of fire (Revelation 21:8).

Our response to this message…

God has demonstrated His love for us in having Jesus Christ die in our place so that we might be reconciled to Himself and avoid the lake of fire in the future (1 John 4:9-11). As a result, God expects us to lay down our desire and wholeheartedly seek to love and honor Him. We must no longer seek to please ourselves, but we must live to glorify God (2 Corinthian 5:15) and become witnesses to those who do not know God by demonstrating God’s love for people (John 13:34-35). In obediently following Him, we will exchange our old life of depression, worry, anger, and fear for a new life that glorifies God and is dominated by peace and joy. If we diligently follow Jesus to the end of our lives, we will receive the reward of enjoying Him forever (Revelation 3:5; 21:3-7). However, if we pursue the things of this world and reject the life offered to us in Jesus Christ, we will have no hope of escaping the lake of fire when God judges our actions. 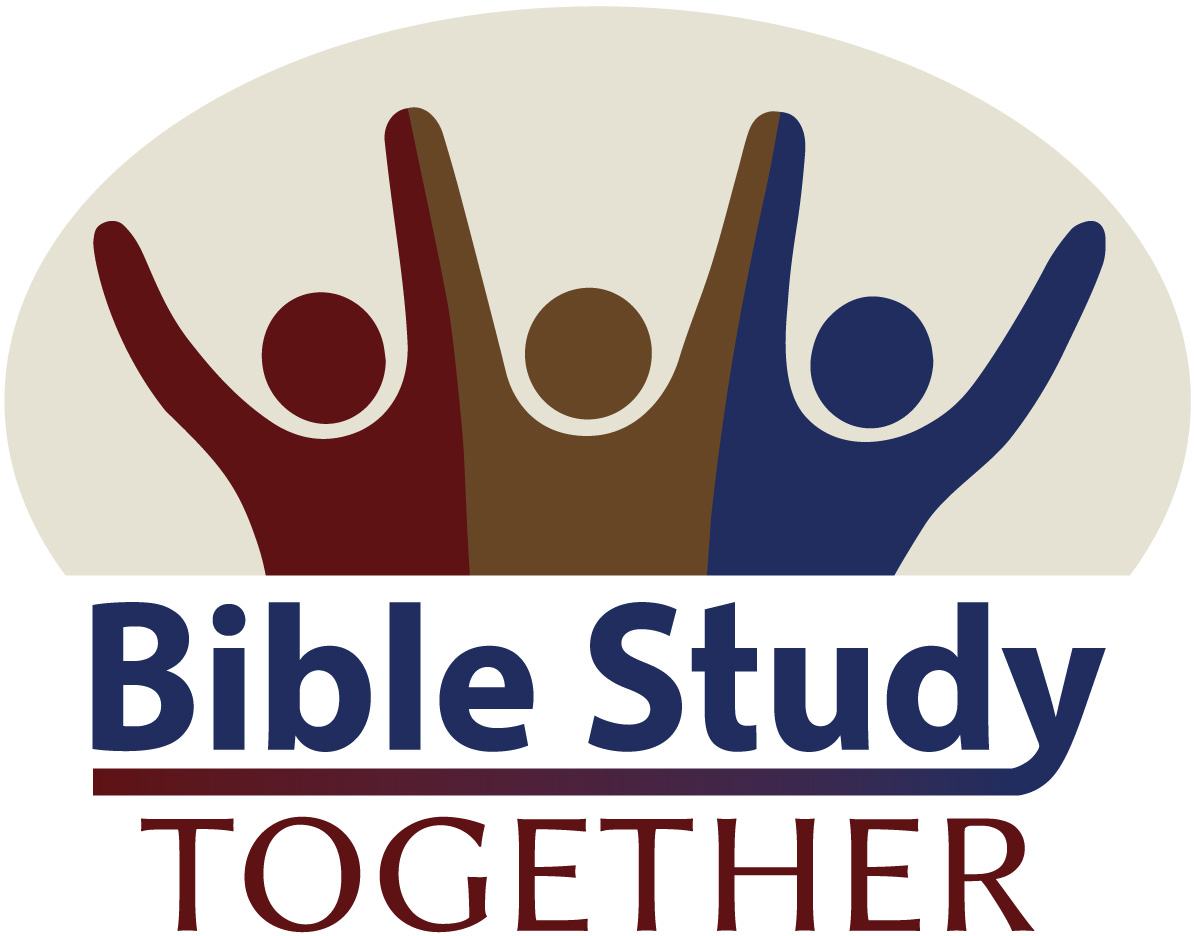 Learn about what we are doing and how you can stay connected!

You have Successfully Subscribed!