6 Then the people of Judah came to Joshua at Gilgal. And Caleb the son of Jephunneh the Kenizzite said to him, “You know what the LORD said to Moses the man of God in Kadesh-barnea concerning you and me. 7 I was forty years old when Moses the servant of the LORD sent me from Kadesh-barnea to spy out the land, and I brought him word again as it was in my heart. 8 But my brothers who went up with me made the heart of the people melt; yet I wholly followed the LORD my God. 9 And Moses swore on that day, saying, ‘Surely the land on which your foot has trodden shall be an inheritance for you and your children forever, because you have wholly followed the LORD my God.’ 10 And now, behold, the LORD has kept me alive, just as he said, these forty-five years since the time that the LORD spoke this word to Moses, while Israel walked in the wilderness. And now, behold, I am this day eighty-five years old. 11 I am still as strong today as I was in the day that Moses sent me; my strength now is as my strength was then, for war and for going and coming. 12 So now give me this hill country of which the LORD spoke on that day, for you heard on that day how the Anakim were there, with great fortified cities. It may be that the LORD will be with me, and I shall drive them out just as the LORD said.”

13 Then Joshua blessed him, and he gave Hebron to Caleb the son of Jephunneh for an inheritance. 14 Therefore Hebron became the inheritance of Caleb the son of Jephunneh the Kenizzite to this day, because he wholly followed the LORD, the God of Israel. 15 Now the name of Hebron formerly was Kiriath-arba. (Arba was the greatest man among the Anakim.) And the land had rest from war.

13 According to the commandment of the LORD to Joshua, he gave to Caleb the son of Jephunneh a portion among the people of Judah, Kiriath-arba, that is, Hebron (Arba was the father of Anak). 14 And Caleb drove out from there the three sons of Anak, Sheshai and Ahiman and Talmai, the descendants of Anak. 15 And he went up from there against the inhabitants of Debir. Now the name of Debir formerly was Kiriath-sepher. 16 And Caleb said, “Whoever strikes Kiriath-sepher and captures it, to him will I give Achsah my daughter as wife.” 17 And Othniel the son of Kenaz, the brother of Caleb, captured it. And he gave him Achsah his daughter as wife. 18 When she came to him, she urged him to ask her father for a field. And she got off her donkey, and Caleb said to her, “What do you want?” 19 She said to him, “Give me a blessing. Since you have given me the land of the Negeb, give me also springs of water.” And he gave her the upper springs and the lower springs.

37 On the next day, when they had come down from the mountain, a great crowd met him. 38 And behold, a man from the crowd cried out, “Teacher, I beg you to look at my son, for he is my only child. 39 And behold, a spirit seizes him, and he suddenly cries out. It convulses him so that he foams at the mouth, and shatters him, and will hardly leave him. 40 And I begged your disciples to cast it out, but they could not.” 41 Jesus answered, “O faithless and twisted generation, how long am I to be with you and bear with you? Bring your son here.” 42 While he was coming, the demon threw him to the ground and convulsed him. But Jesus rebuked the unclean spirit and healed the boy, and gave him back to his father. 43 And all were astonished at the majesty of God.

But while they were all marveling at everything he was doing, Jesus said to his disciples, 44 “Let these words sink into your ears: The Son of Man is about to be delivered into the hands of men.” 45 But they did not understand this saying, and it was concealed from them, so that they might not perceive it. And they were afraid to ask him about this saying.

14:6Then the children of Judah came unto Joshua in Gilgal: and Caleb the son of Jephunneh the Kenezite said unto him, Thou knowest the thing that the LORD said unto Moses the man of God concerning me and thee in Kadeshbarnea. 14:7Forty years old was I when Moses the servant of the LORD sent me from Kadeshbarnea to espy out the land; and I brought him word again as it was in mine heart. 14:8Nevertheless my brethren that went up with me made the heart of the people melt: but I wholly followed the LORD my God. 14:9And Moses sware on that day, saying, Surely the land whereon thy feet have trodden shall be thine inheritance, and thy children's for ever, because thou hast wholly followed the LORD my God. 14:10And now, behold, the LORD hath kept me alive, as he said, these forty and five years, even since the LORD spake this word unto Moses, while the children of Israel wandered in the wilderness: and now, lo, I am this day fourscore and five years old. 14:11As yet I am as strong this day as I was in the day that Moses sent me: as my strength was then, even so is my strength now, for war, both to go out, and to come in. 14:12Now therefore give me this mountain, whereof the LORD spake in that day; for thou heardest in that day how the Anakims were there, and that the cities were great and fenced: if so be the LORD will be with me, then I shall be able to drive them out, as the LORD said. 14:13And Joshua blessed him, and gave unto Caleb the son of Jephunneh Hebron for an inheritance. 14:14Hebron therefore became the inheritance of Caleb the son of Jephunneh the Kenezite unto this day, because that he wholly followed the LORD God of Israel. 14:15And the name of Hebron before was Kirjatharba; which Arba was a great man among the Anakims. And the land had rest from war.

15:1This then was the lot of the tribe of the children of Judah by their families; even to the border of Edom the wilderness of Zin southward was the uttermost part of the south coast.15:2And their south border was from the shore of the salt sea, from the bay that looketh southward:15:3And it went out to the south side to Maalehacrabbim, and passed along to Zin, and ascended up on the south side unto Kadeshbarnea, and passed along to Hezron, and went up to Adar, and fetched a compass to Karkaa:15:4From thence it passed toward Azmon, and went out unto the river of Egypt; and the goings out of that coast were at the sea: this shall be your south coast.15:5And the east border was the salt sea, even unto the end of Jordan. And their border in the north quarter was from the bay of the sea at the uttermost part of Jordan:15:6And the border went up to Bethhogla, and passed along by the north of Betharabah; and the border went up to the stone of Bohan the son of Reuben:15:7And the border went up toward Debir from the valley of Achor, and so northward, looking toward Gilgal, that is before the going up to Adummim, which is on the south side of the river: and the border passed toward the waters of Enshemesh, and the goings out thereof were at Enrogel:15:8And the border went up by the valley of the son of Hinnom unto the south side of the Jebusite; the same is Jerusalem: and the border went up to the top of the mountain that lieth before the valley of Hinnom westward, which is at the end of the valley of the giants northward:15:9And the border was drawn from the top of the hill unto the fountain of the water of Nephtoah, and went out to the cities of mount Ephron; and the border was drawn to Baalah, which is Kirjathjearim:15:10And the border compassed from Baalah westward unto mount Seir, and passed along unto the side of mount Jearim, which is Chesalon, on the north side, and went down to Bethshemesh, and passed on to Timnah:15:11And the border went out unto the side of Ekron northward: and the border was drawn to Shicron, and passed along to mount Baalah, and went out unto Jabneel; and the goings out of the border were at the sea.15:12And the west border was to the great sea, and the coast thereof. This is the coast of the children of Judah round about according to their families.15:13And unto Caleb the son of Jephunneh he gave a part among the children of Judah, according to the commandment of the LORD to Joshua, even the city of Arba the father of Anak, which city is Hebron.15:14And Caleb drove thence the three sons of Anak, Sheshai, and Ahiman, and Talmai, the children of Anak.15:15And he went up thence to the inhabitants of Debir: and the name of Debir before was Kirjathsepher.15:16And Caleb said, He that smiteth Kirjathsepher, and taketh it, to him will I give Achsah my daughter to wife.15:17And Othniel the son of Kenaz, the brother of Caleb, took it: and he gave him Achsah his daughter to wife.15:18And it came to pass, as she came unto him, that she moved him to ask of her father a field: and she lighted off her ass; and Caleb said unto her, What wouldest thou?15:19Who answered, Give me a blessing; for thou hast given me a south land; give me also springs of water. And he gave her the upper springs, and the nether springs.

37And it came to pass, that on the next day, when they were come down from the hill, much people met him.38And, behold, a man of the company cried out, saying, Master, I beseech thee, look upon my son: for he is mine only child.39And, lo, a spirit taketh him, and he suddenly crieth out; and it teareth him that he foameth again, and bruising him hardly departeth from him.40And I besought thy disciples to cast him out; and they could not.41And Jesus answering said, O faithless and perverse generation, how long shall I be with you, and suffer you? Bring thy son hither.42And as he was yet a coming, the devil threw him down, and tare him. And Jesus rebuked the unclean spirit, and healed the child, and delivered him again to his father.43And they were all amazed at the mighty power of God. But while they wondered every one at all things which Jesus did, he said unto his disciples,44Let these sayings sink down into your ears: for the Son of man shall be delivered into the hands of men.45But they understood not this saying, and it was hid from them, that they perceived it not: and they feared to ask him of that saying.

Marvel with others about the things that God has done. 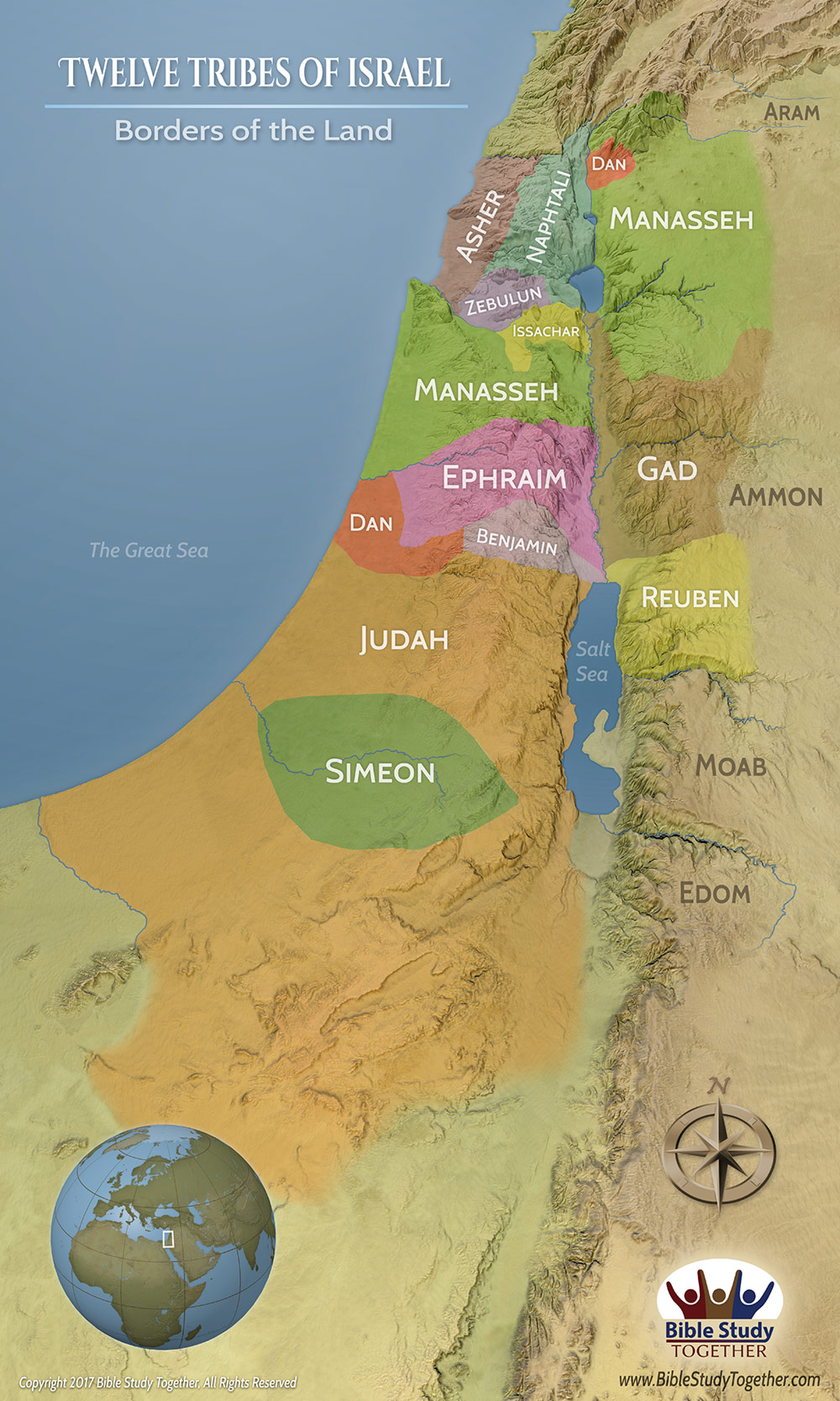