13:1 And the people of Israel again did what was evil in the sight of the LORD, so the LORD gave them into the hand of the Philistines for forty years.

8 Then Manoah prayed to the LORD and said, “O Lord, please let the man of God whom you sent come again to us and teach us what we are to do with the child who will be born.” 9 And God listened to the voice of Manoah, and the angel of God came again to the woman as she sat in the field. But Manoah her husband was not with her. 10 So the woman ran quickly and told her husband, “Behold, the man who came to me the other day has appeared to me.” 11 And Manoah arose and went after his wife and came to the man and said to him, “Are you the man who spoke to this woman?” And he said, “I am.” 12 And Manoah said, “Now when your words come true, what is to be the child’s manner of life, and what is his mission?” 13 And the angel of the LORD said to Manoah, “Of all that I said to the woman let her be careful. 14 She may not eat of anything that comes from the vine, neither let her drink wine or strong drink, or eat any unclean thing. All that I commanded her let her observe.”

21 The angel of the LORD appeared no more to Manoah and to his wife. Then Manoah knew that he was the angel of the LORD. 22 And Manoah said to his wife, “We shall surely die, for we have seen God.” 23 But his wife said to him, “If the LORD had meant to kill us, he would not have accepted a burnt offering and a grain offering at our hands, or shown us all these things, or now announced to us such things as these.” 24 And the woman bore a son and called his name Samson. And the young man grew, and the LORD blessed him. 25 And the Spirit of the LORD began to stir him in Mahaneh-dan, between Zorah and Eshtaol.

8:1 but Jesus went to the Mount of Olives. 2 Early in the morning he came again to the temple. All the people came to him, and he sat down and taught them. 3 The scribes and the Pharisees brought a woman who had been caught in adultery, and placing her in the midst 4 they said to him, “Teacher, this woman has been caught in the act of adultery. 5 Now in the Law, Moses commanded us to stone such women. So what do you say?” 6 This they said to test him, that they might have some charge to bring against him. Jesus bent down and wrote with his finger on the ground. 7 And as they continued to ask him, he stood up and said to them, “Let him who is without sin among you be the first to throw a stone at her.” 8 And once more he bent down and wrote on the ground. 9 But when they heard it, they went away one by one, beginning with the older ones, and Jesus was left alone with the woman standing before him. 10 Jesus stood up and said to her, “Woman, where are they? Has no one condemned you?” 11 She said, “No one, Lord.” And Jesus said, “Neither do I condemn you; go, and from now on sin no more.”]]

1And the children of Israel did evil again in the sight of the LORD; and the LORD delivered them into the hand of the Philistines forty years.2And there was a certain man of Zorah, of the family of the Danites, whose name was Manoah; and his wife was barren, and bare not.3And the angel of the LORD appeared unto the woman, and said unto her, Behold now, thou art barren, and bearest not: but thou shalt conceive, and bear a son.4Now therefore beware, I pray thee, and drink not wine nor strong drink, and eat not any unclean thing:5For, lo, thou shalt conceive, and bear a son; and no razor shall come on his head: for the child shall be a Nazarite unto God from the womb: and he shall begin to deliver Israel out of the hand of the Philistines.6Then the woman came and told her husband, saying, A man of God came unto me, and his countenance was like the countenance of an angel of God, very terrible: but I asked him not whence he was, neither told he me his name:7But he said unto me, Behold, thou shalt conceive, and bear a son; and now drink no wine nor strong drink, neither eat any unclean thing: for the child shall be a Nazarite to God from the womb to the day of his death.8Then Manoah entreated the LORD, and said, O my Lord, let the man of God which thou didst send come again unto us, and teach us what we shall do unto the child that shall be born.9And God hearkened to the voice of Manoah; and the angel of God came again unto the woman as she sat in the field: but Manoah her husband was not with her.10And the woman made haste, and ran, and showed her husband, and said unto him, Behold, the man hath appeared unto me, that came unto me the other day.11And Manoah arose, and went after his wife, and came to the man, and said unto him, Art thou the man that spakest unto the woman? And he said, I am.12And Manoah said, Now let thy words come to pass. How shall we order the child, and how shall we do unto him?13And the angel of the LORD said unto Manoah, Of all that I said unto the woman let her beware.14She may not eat of any thing that cometh of the vine, neither let her drink wine or strong drink, nor eat any unclean thing: all that I commanded her let her observe.15And Manoah said unto the angel of the LORD, I pray thee, let us detain thee, until we shall have made ready a kid for thee.16And the angel of the LORD said unto Manoah, Though thou detain me, I will not eat of thy bread: and if thou wilt offer a burnt offering, thou must offer it unto the LORD. For Manoah knew not that he was an angel of the LORD.17And Manoah said unto the angel of the LORD, What is thy name, that when thy sayings come to pass we may do thee honour?18And the angel of the LORD said unto him, Why askest thou thus after my name, seeing it is secret?19So Manoah took a kid with a meat offering, and offered it upon a rock unto the LORD: and the angel did wonderously; and Manoah and his wife looked on.20For it came to pass, when the flame went up toward heaven from off the altar, that the angel of the LORD ascended in the flame of the altar. And Manoah and his wife looked on it, and fell on their faces to the ground.21But the angel of the LORD did no more appear to Manoah and to his wife. Then Manoah knew that he was an angel of the LORD.22And Manoah said unto his wife, We shall surely die, because we have seen God.23But his wife said unto him, If the LORD were pleased to kill us, he would not have received a burnt offering and a meat offering at our hands, neither would he have showed us all these things, nor would as at this time have told us such things as these.24And the woman bare a son, and called his name Samson: and the child grew, and the LORD blessed him.25And the spirit of the LORD began to move him at times in the camp of Dan between Zorah and Eshtaol.

1Jesus went unto the mount of Olives.2And early in the morning he came again into the temple, and all the people came unto him; and he sat down, and taught them.3And the scribes and Pharisees brought unto him a woman taken in adultery; and when they had set her in the midst,4They say unto him, Master, this woman was taken in adultery, in the very act.5Now Moses in the law commanded us, that such should be stoned: but what sayest thou?6This they said, tempting him, that they might have to accuse him. But Jesus stooped down, and with his finger wrote on the ground, as though he heard them not.7So when they continued asking him, he lifted up himself, and said unto them, He that is without sin among you, let him first cast a stone at her.8And again he stooped down, and wrote on the ground.9And they which heard it, being convicted by their own conscience, went out one by one, beginning at the eldest, even unto the last: and Jesus was left alone, and the woman standing in the midst.10When Jesus had lifted up himself, and saw none but the woman, he said unto her, Woman, where are those thine accusers? hath no man condemned thee?11She said, No man, Lord. And Jesus said unto her, Neither do I condemn thee: go, and sin no more.

Call someone to repentance while offering them mercy. 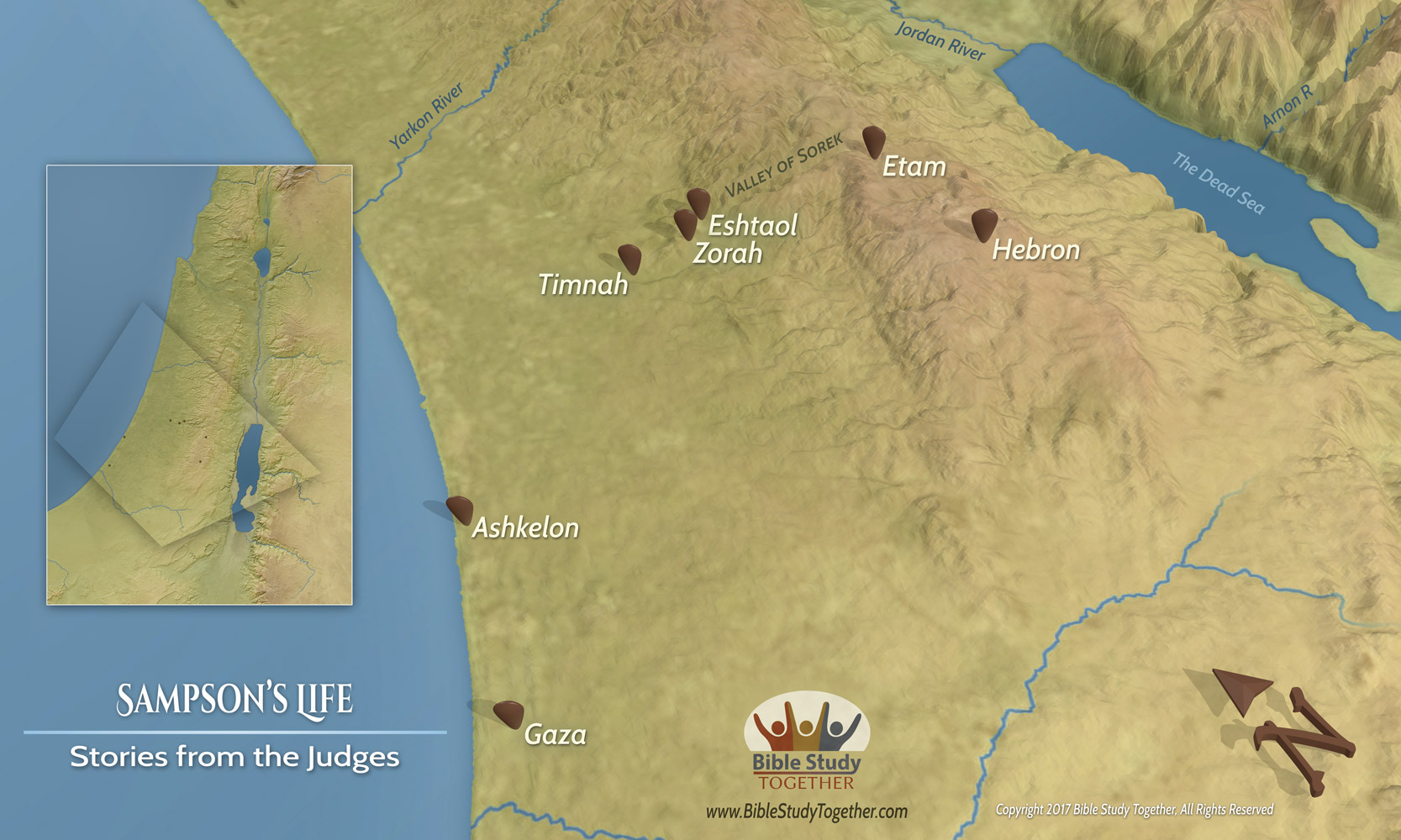